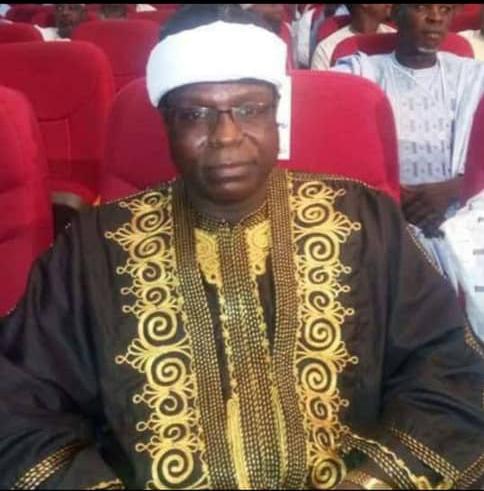 The personification of one’s chosen carrier in life requires enormous task, doggedness, dedication determination and industriousness for one to excel appreciably particularly in the field of Sharia Law that demanded versatility in the area of adjudication of cases where sharia law are applicable in that regard.

The monumental burden on each Khadi being a representative of Almighty Allah precipitate them to search for knowledge in both Islamic Sharia and Common Law to carry their responsibilities appreciably.

Knowledgeable, Integrity, Judicial Temperament and above all fear of God are some of the salient features of every Khadi

No doubt, the attitude, manner and mannerism of present Grand Khadi of Kano State Hon. Khadi Tijjani Yusuf Yakasai since from his childhood indicated his passion, enthusiasm of becoming a Jurist in Islamic Law, born on 20th July, 1960 at Yakasai Quarters in the Metropolitan Kano.

The Islamic Jurist attended Asasul – Islam Primary School ( popularly known as Judicial School) from 1972 to 1976 and proceeded to School for Arabic Studies (SAS) where he obtained a Secondary School Leaving Certificate in 1980.

The Legal Luminary, obtained a Diploma in Hausa, Arabic and Islamic Studies at Bayero University Kano in 1983 before proceeding for his Bachelor of Laws (LLB) in the same University in 1987.

Two years after graduation in 1989, The Kano State Grand Khadi was called to the Nigerian Bar in Lagos.

The Islamic Scholar similarly acquired a Higher Professional  Diploma in Computer Studies at the Centre for Information Technology, in the prestigious Bayero University Kano, to meet up with 21st century challenges.

Khadi Tijjani Yusuf started his working carrier in 1989 with the State Ministry for Justice as a State Counsel.

He was appointed Magistrate in the subsequent year and rose through Magisterial Hierarchy to the rank of Chief Magistrate.

The Quintessential Grand Khadi was appointed Director Shari’ah Court, in the year 2000, a position he held for 9 consecutive years, till 2009 when he was elevated to the position of Judicial Officer as Khadi of Shari’ah Court of Appeal Kano.

A year after his appointment as Khadi, the Jurist was nominated by the Nigerian Government for an expatriate service as a Judge of the Islamic Court of the Gambia. He served in this exalted position for 2 years and returned to Kano Shari’ah Court of Appeal in 2012.

The Grand Khadi Yakasai also served as a Member of the Election Petition Tribunal in 2015 and 2018 in Lagos and Katsina States respectively.

With this stunning accomplishments in the annals of legal odyssey, Khadi Tijjani Yusuf Yakasai has proven mettle as a born with a golden spoon.

He has also weathered the storm and the crossed rubicon