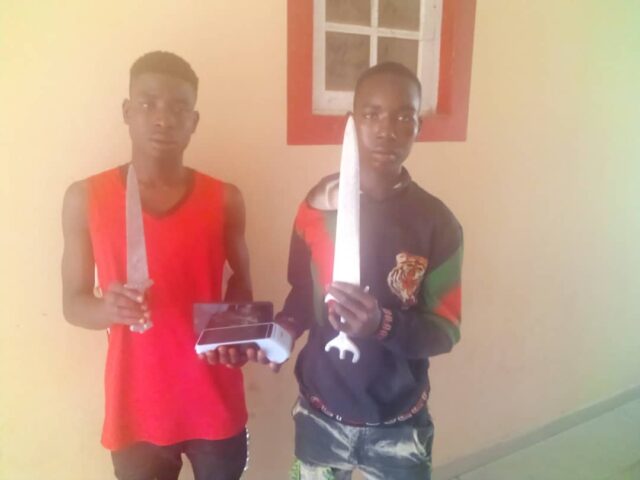 Nigerian Security and Civil Defence Corps (NSCDC) Kano State Command, has said that its Operatives have arrested two persons in connection to the alleged armed robbery.

In a statement by DSC Ibrahim Idris Abdullahi, Command’s Public Relations Officer, noted that the duo were arrested at Gayawa in Ungogo LGA, after brandishing dangerous weapons (sharp Knives) and robbed a woman’s handset (smart phone) and Point Of Sale (POS) machine.

The statement identified the Suspects as Auwalu Ismail, 20, and Abubakar Halilu, 19, both of Danrimi, Rijiyar Lemo Qtrs, Fagge LGA in Kano State

” The suspects are presently in custody of the NSCDC, Kano command and have since confessed to the heinous crime.”

The statement explained that investigation is currently on going with a view to trace and apprehend the remaining accomplices.

It added that the suspects will be charged to court for  prosecution accordingly.

Possession of Firearms, Threat to Life: Kano Court Jailed Man to 6 Years Without...