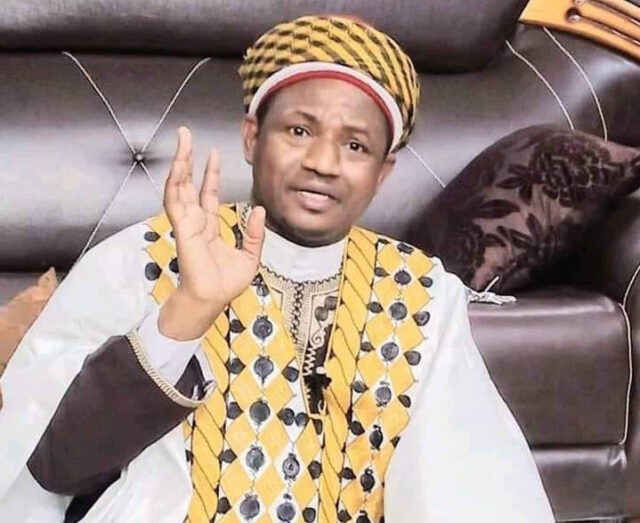 The Kano State Upper Shari’ah Court Presided over by Ibrahim Sarki Yola has adjourned its sitting to 30th September,2021 to enable Abduljabbar Sheikh Nasiru Kabara to provide his lawyers following the withdrawal of all counsel defending him in the case of alleged blasphemy against him.

Recalls that during the last sitting which was conducted on 2nd September, 2021, the court had ordered the Defendant to be taken to Murtala Muhammmad Specialist Hospital and Dawanau psychiatry hospital to evaluate his mental fitness as well as asssesing his hearing after he refused to answer his plea when the 4 count charge were read to him.

At the resumed sitting today, the court registry tendered medical reports from both Kano State Management Board Murtala Muhammmad Specialist Hospital and that of Dawanau psychiatry hospital to court which revealed that the Defendant is medically fit and has no any hearing deficiency.

Consquently, a Lawyer Barrister Haruna Magashi on behalf 5 Defence Counsel led by Muhammmad Saleh Bakaro prayed the court to allow them withdraw their service to Abduljabbar Kabara a prayer which was not objected by the Prosecution led counsel Suraj Saida SAN.

In his ruling the trial Judge granted the prayer by all counsel to Abduljabbar Kabara.

Sarki Yola also told the Defendant that he has legal right to engage the service of any counsel of his choice to defend him under section 269 sub 1 to 4 of Adminstration of Criminal Justice Law ACJL 2019.

Addressing the court on the step taken by his Counsel, Abduljabbar Kabara alleged that he refused to answer his plea on the instruction of his counsel.

2 Die after falling inside Well, Dam in Kano

Murder of Co-wife: Housewife Arraingned For Alleged Killing of Co-wife