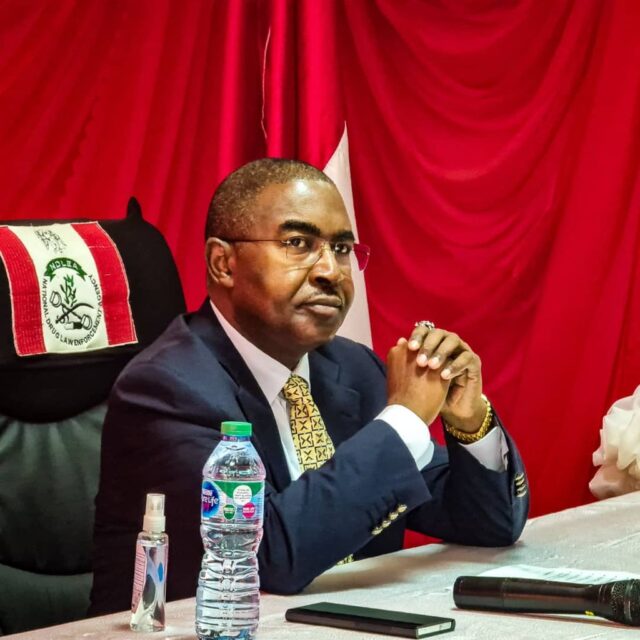 The danger of writing a tribute to any high profile personality in Nigeria today is obvious: the writer runs the risk of being misrepresented as a political praise singer, or at times, time and tide can cast him as a bootlicker, especially, if the subject of his adulation suffers a reversal of fortune, materially or reputation-wise. But with Brig. Gen. Mohamed Buba Marwa (Retd), OFR, you can safely write an eulogy because, you can be sure that ten years later, his stock will remain bullish. So, as he clocks 68 today, September 9, 2021, any piece of writing about him is no piece of sophistry because Marwa has been as constant as the Northern Star in the affairs of leadership, as he is presently exhibiting as the Chairman and Chief Executive of the National Drug Law Enforcement Agency, NDLEA, where his exploits are making leadership such a fine art that gladdens the hearts of many Nigerians and international partners in this unending season of anomie.

Indeed, to those who know him up close and personal, Marwa is an enigma: humble, self-effacing, industrious, practical, efficient by nature, diligent, always thinking about things he needs to accomplish or how to get ahead on his next assignment, a complete Virgo, if you care to assess him by his Zodiac sign. But in plain terms, he is a case of a man who set out to always make a difference wherever he found himself. Not the kind of difference other men pursue to grandstand, but the type that impacts humanity and makes life easier for people. And of this, his track record is unassailable.

A look back at his trajectory gives a chronicle of exemplary service to the country and a profile of pure patriotism from an individual. He could have chosen to live his life as an ordinary soldier, or at best be content with his name in the history book as one of the ‘boys’ of military maximum rulers. But he chose a different road to travel. Borno State remembers him as the military governor who gave them peace and security at a perilous time when rebels from Chad were raiding Nigerian border communities, not unlike the ravage of Boko Haram and bandits across today’s Nigeria. A practical Marwa had shown the necessity of firm action in such grave matters by birthing Operation Yaki, a combined Joint Task Force of military formation, and in few months reined in the Bandidos from across the border, making his territory safe and secure.

Lagos State also remembers him as a hero, for bringing sanity, order, peace, progress to an otherwise, chaotic near-dystopic state, groping and groaning under the siege of local and transnational robbers. Col. Marwa solved the Gordian knot with Operation Sweep.

Now at the NDLEA, it is too early to talk about the Marwa Revolution, but he has orchestrated a turnaround that signals a rebirth of the anti-narcotic agency at a time when the country needs to escalate its fight against illicit drugs.
For Marwans, his exploit did not come as a surprise. Everywhere he has served, he has always left indelible marks and his first six months in the NDLEA has brought the agency from relegation and obscurity to the frontline position that has attracted both local and international partnerships.

Why drug test is essential to stable marriage — Marwa

His leadership at the NDLEA is refreshing to the collective psyche of Nigerians and a loud rebuttal to the tribe of pessimists, locally and globally, who cling to the odious belief that Nigerians are incapable of effective leadership.

Thunder, it is said, doesn’t strike twice; well, in the case of Marwa, it strikes repeatedly.

Nigerians used to think the height of his service was Lagos, with what is unreeling in the NDLEA, Marwa’s leadership magnum opus is perhaps yet to come. The cynical assumption that his achievements in Lagos were due to the military ecosystem of the time has fallen flat like a pack of cards with the ongoing transformation of the NDLEA. Out of Khaki, garbed in Babanriga, Marwa has been able to transmit military’s discipline, purpose-driven action and go-getting attitude to the workforce of a paramilitary organisation operating in a laissez-faire society.
How he did it, is, again, the stuff of leadership.

Yet, if Borno and Lagos seem a distant memory, here before us, is what is fast becoming a locus classicus of leadership, this rejuvenation of NDLEA, which stands in sharp relief against the backdrop of the insecurity in the country. He has been one of President Muhammadu Buhari’s best appointments thus far.

Without any doubt, there is a swell in the number of students of the Marwa School of Leadership. The younger generation, who only heard of his exploits of yesteryears are now seeing evidence of management skill, and are paying attention to the lessons therein.
Right before their eyes, Marwa is teaching the anatomy of how to make an organisation relevant.

Previously, NDLEA was down in the sinkhole of obscurity, but Marwa engineered a resurgence that has seen the Agency basking in the limelight for its record-breaking achievement. 8,634 arrests. 1,630 convictions. Over two million kilograms of drugs seized. Over N100 billion in cash and drugs seized. And the officers and men of the NDLEA are still rearing to go. What magic? No, magic, but a prudent application of management principles from the master of the game.

Marwa is also teaching the mechanics of how to win support for a cause as he continues to crisscross the length and breadth of Nigeria talking to communities and their leaders, about the imperative of joining forces to defeat the twin evils of illicit drug abuse and trafficking. And he’s doing a good job at it.

Another lesson from him is that thorny problems should be approached with offensive campaigns (like he has done with the War Against Drug Abuse, WADA initiative and Operation Offensive Action), motivated workforces and strategic alliance with critical partners.

Today, he stands tall as a colossus, one of Nigeria’s emblems of capable leadership, an amalgam of the best of Harvard education, Nigeria’s military capabilities, and the virtues of a Nigerian. Far removed from the tribal sentiment that is fast gaining root in the country, his cosmopolitan outlook has won him friends from North, West, South and East of Nigeria, and a firm recognition as a one-of-a-kind pan-Nigerian leader.

As he clocks 68 today, Nigerians including myself have only prayers, plenty of prayers for him, wishing him many happy returns, and wishing to continue to see him in leadership positions where he can better improve the lot of the citizenry of this country.

Femi Babafemi is NDLEA’s Director of Media and Advocacy

Dan Orbih: Why PDP must elect him to save party

What happens when your carryon is over the limit