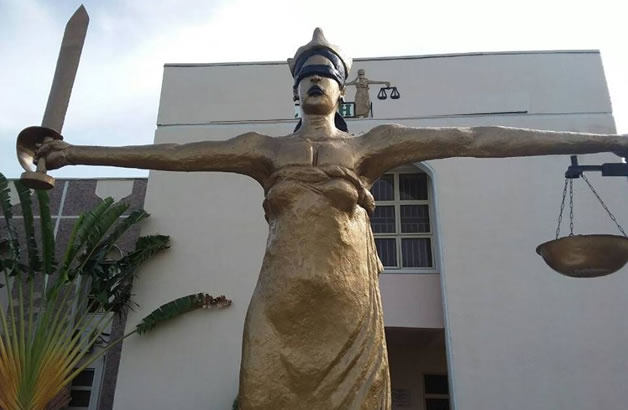 Justice Umaru Fadawu of the Borno State High Court, on Monday, September 6, 2021 dismissed the ‘no- case submission’ filed by Tahiru Saidu Daura, a co-defendant to Aisha Alkali Wakil, popularly known as ”Mama Boko Haram’’ who is being prosecuted for an alleged fraud to the tune of N25million.

The first defendant, Wakil who is the Chief Executive Officer of Complete Care and Aid Foundation, is facing trial alongside Prince Lawal Shoyade and Tahiru Saidu Daura, Programme Manager and Country Director respectively.

The defendants were arraigned on Thursday, March 5, 2020, by the Maiduguri Zonal Command of the Economic and Financial Crimes Commission, EFCC, for fraudulently obtaining the sum of N25million (Twenty Five Million Naira).

Upon their arraignment, they pleaded not ‘guilty’.

In the course of the trial, nine witnesses were called and several documents tendered and admitted as exhibits.

After the prosecution had closed its case, Daura rather than enter his defence opted for a ‘no-case submission’ through his counsel, M. K. Ajiya.

At the resumed hearing today, Justice Fadawu in his ruling dismissed both applications and ordered Daura to open his defence.

In a related development, Justice Fadawu dismissed another application for a no case submission filed by Daura who is facing a two-count charge alongside Aisha Alkali Wakil the Chief Executive Officer of Complete Care and Aid Foundation (NGO) and Prince Lawal for obtaining the sum of 40 Million (Twenty Forty Million Naira).

Mama Boko Haram and her co-defendants allegedly obtained the money from one Bashir Abubakar, the Chief Executive Officer of Duty Free Shop Ltd under the false pretence of executing a purported contract for the supply of Five (5) X-ray Machines 1900 with Solar Energy.

The judge adjourned both cases to September 15, 2021 for the second defendant, Tahiru Saidu Daura to enter his defence.